Big band music has always ranked among the most progressive jazz subgenres. It connects a sophisticated and thoroughly written compositional work with the spontaneity of jazz improvisation. There is a rich tradition of big band ensembles in the Czech lands and in Slovakia and the Gustav Brom Big Band is one of the most highly regarded among both internal and foreign big bands.

The cooperation of the public service radio and Gustav Brom Big Band has always aimed not only for the collaboration with star soloists, but also for looking for new talents and composers. One of its main objectives is the support of contemporary, original production, which brings non-traditional music language connecting jazz with other musical styles, including the classical music. Projects with Prague Radio Symphony Orchestra, the legendary performance with Blue Effect at Rock for People festival in 2014, the participation in the United Islands festival and in numerous foreign shows prove that.

Since 2013 the ensemble is the residential big band of Czech Radio. The artistic director of the Gustav Brom Czech Radio Big Band is Vlado Valovič. In 2016 Czech Radio released the CD Correspondance, comprising exclusively the original compositions of the ensemble´s members.

Born on 9th May, 1945 in Slovakia. After finishing his studies he started to work as a music director in Czechoslovak Radio in Brno and Bratislava. In Brno, he met the renowned Czech conductor Gustav Brom and started to cooperate with his orchestra.

In 1974, he founded his own band VV system, which focused on jazz and popular music and which participated in numerous jazz festivals all over the Europe and Latin America. He became a conductor of Czechoslovak Radio Big Band in Bratislava in 1983. He has led and collaborated with many foreign radio big bands, e.g. in Berlin, Zagreb, Katowice or Ljubljana. He took part as a conductor at the Eurovision Song Contest in Dublin and Birmingham. 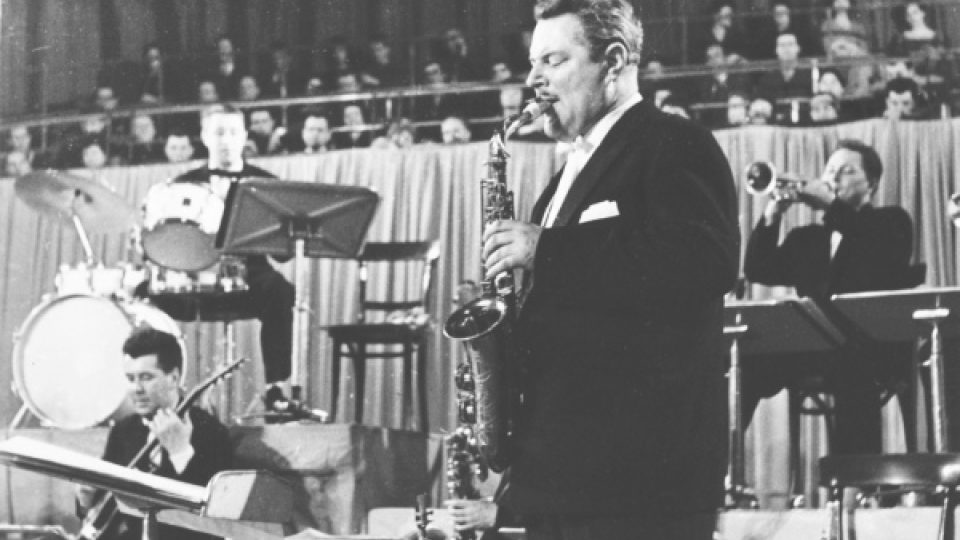